Home » Awesome Gadgets » IT Stuff » You are reading »

With the unveiling of Windows 10 by Microsoft, comes a new technology, a feature called Continuum. As Windows 10 is designed to interface with desktop computers and mobile devices alike, this feature will allow the operating system to adapt the user interface automatically depending on what type of device is being used. The increasing number of people that use multiple devices while working on as single project, makes a technology like Continuum an attractive feature. Some believe Continuum has the potential to change the way consumers use computer technology, citing that it looks like the future. 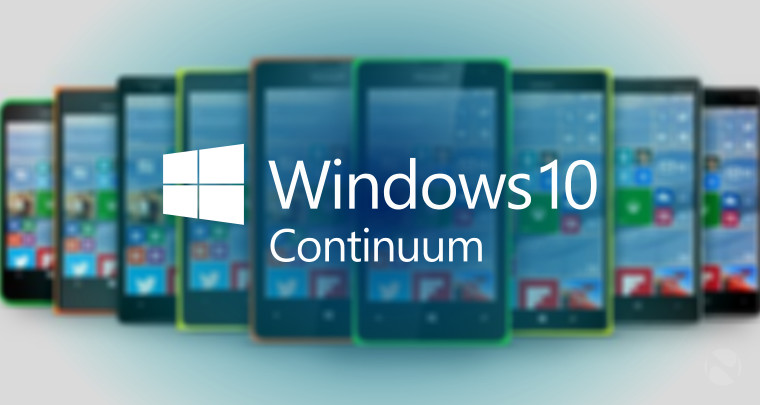 The Logistics of Continuum:

The logistics of Continuum are relatively simple in theory. When Windows 10 is launched on mobile device, the user interface will be in a mobile format. When the mobile device is connected using a wired docking system, or wirelessly via Miracast, Windows 10 will recognize the context in which it is being used, and adapt accordingly. If for example a user was working with an excel document on their mobile device in a mobile format, when connected to a monitor excel would appear in normal desktop format. One of the more talked about benefits of Continuum is it’s application in use with tablets and touch screen technology. Currently, convertible tablets that offer a PC experience with the mobility and usability of a touchscreen device, make for a difficult experience with the user interface. The Continuum feature will essentially eliminate this difficulty. When a keyboard is connected, Windows 10 will recognize the context of usage and adapt the interface to a full on desktop interface. Conversely when the keyboard in not connected, Windows 10 will automatically adapt to a mobile, touch screen friendly interface.

Microsoft’s vision for Continuum is vested in a future where mobile devices replace desktop computers all together. Essentially your mobile device would be your computer. For instances where more space was needed, you simply connect to a monitor and keyboard wirelessly, and technology like Continuum would automatically adapt the interface. In this context the application could prove to be very successful, and the rising use of mobile devices as consumers primary computer speaks to this claim. Microsoft isn’t the first to introduce technology of this type, for example Motorola previously marketed a docking device that turned the Atria phone into a PC, though an expensive price tag limited it’s success. Another example is Apple’s Continuity, which offers seamless interaction between mobile and stationary devices. First to enter the arena or not, Microsoft has the influence and financial backing others do not, which may prove to be the difference in their chances of success. Currently smart phones aren’t capable of supporting desktop interfaces, though the release of this technology is a good indication that Microsoft’s new Lunia devices will be propped up by the capability to use Continuum.

Continuum has the potential to revolutionize the way we use mobile technology. Currently the Windows universal application are said to interface without a glitch, though many applications that would be used by consumers will not be developed exclusively by Microsoft. In order for consumers to take full advantage of this game changing technology, developers will have to get on board and facilitate the practicality by committing to Windows 10. This potential hurdle has been noted by those in the industry, and will play a role in determining the future success of Continuum and possibly Microsoft. The company was a longtime leader in the computer technology industry, though lost it’s edge when Apple released the iPhone which was said to be 5 years ahead of it’s time. The mobile revolution seems to have caught Microsoft off guard, though the implementation of technology like Continuum may be the rally they need to pull ahead.

Binoy Wilson Started his career as a java developer in one of the reputed companies in Ahmedabad (Gujarat,India). He soon moved on to .net technology by Microsoft and is lucky enough to manage a small team of 7 members.
View all posts by Binoy Wilson(admin) →
« Difference between VBScript and JavaScript | VBScript vs. JavaScript
BioBots: 3D Printing That Could Save Your Life »