The Difference Between Circuit Switching and Packet Switching

Circuit switching was initially created and used for voice communication and featured an inflexible connection. Circuit switching isn’t ideal for data transfer. Packet switching, on the other hand, is perfect for transferring data in chunks.

These are broad definitions which require further clarity. To better understand the difference between the two types of switching, it is vital first to understand switching.

Network switching, also informally known as switching, is the mechanism by which various computer networks exchange information. Switching is a crucial aspect of the average modern adult’s life and livelihood.

If you were unable to share information or data via your computer or your internet connection, you might find that communication with your landlord, employer, or clients is greatly hindered. Nearly every application or process we use on our electronic devices shares and transfers data and information.

While there are three types of switching, the most popular and often-used forms are circuit switching and packet switching.

What is Circuit Switching?

Circuit switching is a connection-oriented system. It relies on a dedicated circuit to provide a single connection between a sender and receiver. A voice call is an example of circuit switching.

You can even think of circuit switching as two paper cups connected by a length of string. The cups act as the two endpoints in the network, and the length of string acts as the dedicated circuit. Information is transferred verbally, but only when both the sender and receiver are physically engaged in the switching concurrently.

When the conversation ends, the sender and receiver will abandon their paper cups, thereby releasing the circuit. Circuit switching depends on a physical connection. While this method of switching is highly effective for phone calls, it is not ideal for most types of data transfer.

For example, you would find it difficult to send an image to your friend via a telephone call. That’s why packet switching is so crucial.

What is Packet Switching?

These data packets seek a routing path that will prove the most efficient. Every single individual data packet is labeled with a receiver and sender address, then sent through the network, packet by packet. The routes taken by these data packets are likely to differ, based on efficiency and the heading of the individual packet.

There is a famous novel, and film based on that novel, about a man who owns a strange and delicious candy factory. In this story, the man holds a fictitious device which can transfer real, physical objects into visual data that is displayed on a television screen.

This process is described as taking a solid piece of data and breaking it into a million tiny pieces. Those tiny pieces are then reassembled in the correct order once they have arrived at their destination.

Though the results are somewhat disastrous for the characters in the story, it is a fabulous way to think about packet switching, as they primarily work in the same ways.

What is the Difference Between Circuit Switching and Packet Switching?

Now that we’ve taken a gander at circuit switching and packet switching individually, it is time to perform a full comparison of the two to discover how they differ.

So, what is the difference between circuit switching and packet switching? There quite a few.

Circuit switching requires a physical path dedicated to the one connection between two endpoints.

Packet switching does not require a physical path but instead relies on data that is divided into packets.

Circuit switching uses a dedicated routing path, with no access granted to other users throughout the data transfer.

Packet switching does not follow a single routed path. Individual packets may take various routes to reach their destination.

Circuit switching is best suited for voice communication. The delay experienced during the transfer is uniform.

Packet switching is typically used for data transfer, and the delay experienced is not uniform due to the multiple routes taken by the data packets.

Circuit switching is implemented at the physical layer. It relies on a physical connection.

Packet switching does not require a connection and goes through at the network layer. 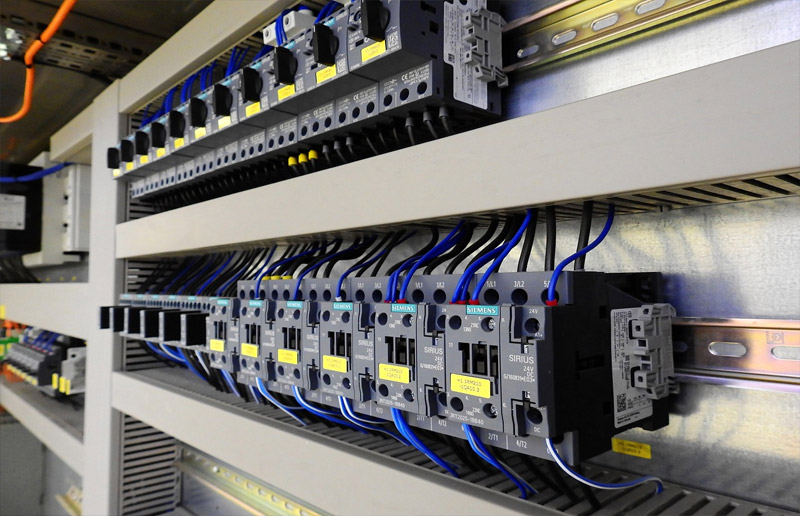 The answer to this question is neither yes nor no. The switching you use to transfer information among computer networks is based on the nature of the data transfer you’d like to attempt.

Circuit switching was initially used for voice communication, and it is still primarily used for that purpose. It maintains a secure, single line of communication between two distinct parties.

Packet switching is better suited to data transfer, rather than voice communication. Packet switching allows large amounts of data to be broken into smaller, more manageable chunks before being routed via various paths to the destination network.

Therefore, each type of switching has its functions, qualities, and features. Neither is superior to the other. They are merely different. Depending on the nature of your needs, one may be a better option, but they both hold value.

Ideally, you will now be able to identify the two main types of switching that you use daily to share information electronically.

Binoy Wilson Started his career as a java developer in one of the reputed companies in Ahmedabad (Gujarat,India). He soon moved on to .net technology by Microsoft and is lucky enough to manage a small team of 7 members.
View all posts by Binoy Wilson(admin) →
« The Difference Between Mutex And Semaphore
The Difference Between System Software And Application Software »