Dennis Ritchie | Father of the ‘C’ and Co-Creator of Unix 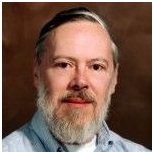 Dennis M. Ritchie, co-creator of UNIX and creator of the C programming language,  was born in Bronxville, NY in 1941.  It’s no less to say that modern computing what we have today is somehow all because of Sir Dennis Ritchie.

He studied at Harvard University, initially focusing on physics. He entered computing because he found that he wasn’t smart enough to be a physicist, and that computers were quite neat.

Ritchie joined Bell Labs in 1967. He worked with Ken Thompson, to create UNIX and its first version was released in 1969. It was initially written in a low-level assembly language by Thompson. Ritchie’s contribution to UNIX was mostly on the language and the I/O system.

C language was so named because it followed the B(Bell Labs) programming language, C is a higher-level language designed to allow cross-platform programming. It was re-written in C, and released in 1971 as UNIX to make it portable to different hardwares. 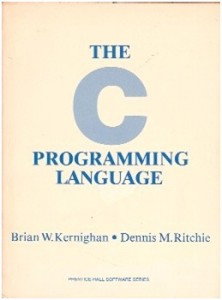 As Brian Kerninghan said, “with C Dennis managed to find a perfect balance between  efficiency and expressiveness”. It was just right for creating systems programs such as  compilers, editors, and even operating systems. C made it possible for a programmer to get close to the machine for efficiency but remain far enough away to avoid being tied to a specific machine. As a result, C became a universal assembler: close enough to the machine to be cost effective, but far enough away that a C program could be compiled for and run well on any machine. The concept of a multi-platform language and operating system seem unexceptional today.

There was far more hardware diversity than we see in the industry today before C. There was no such thing as a general-purpose program that was both portable across a variety of hardware and also efficient enough to compete with custom code written for just that hardware.

Ritchie’s C  is the fundamental building block upon which much of what we consider to be the modern world was built.

The combination of C and UNIX have been at the core of computing ever since, and are (in slightly altered form) still going strong today. UNIX, as a portable and multi-user operating system, became extremely popular. AT&T was prohibited from entering the computer market at the time UNIX was created, so it was freely spread far and wide to businesses, schools, and within the U.S. government.

Ultimately, UNIX engendered dozens of versions such as Mac OS X, HP-UX, SunOS and Solaris, NeXTSTEP, AIX, A/UX, BSD and many others.

Still C is widely used, as are its direct descendants like C++, Perl, Java, PHP and many others. 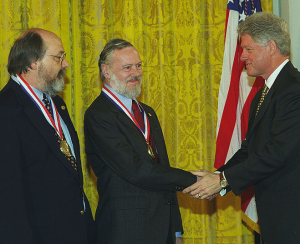 Ritchie gave birth to the concept of open systems by creating C. C was developed so that t Unix could be ported to any computer, and so that programs written on one platform and the skills used to develop them could be easily transferred to another.

In that way, Ritchie has shaped our world in much more fundamental ways. What makes  him different is that he did it all not for wealth or fame, but just out of intellectual curiosity. Unix and C were the product of pure research..

Atlast, we can just say thank you to Sir Dennis Ritchie for giving us the technology we are using today. 🙂