Smart Skin for Robots, for human-like sense of touch

Till today, we have heard of robots serving food in restaurants. Things like this would have been consider just a fantasy before 30 years. Now, robots are real and their work is real. They are now capable of doing things which only humans can do. The latest in the news is that scientists are working on the skin for robots, which will give the feeling of human touch.

Latest news were that robot waiters are revolutionizing the service industry, but there were complains about the robots that their service were not up to the mark. Spilling soup and drinks is not acceptable from any waiter, whether it’s a robot or human. Restaurants have fired them.

But these kind of trivial things are not enough to stop scientist from making progress towards the robotic world. Scientists have come up with the various smart skins to layer onto robots. These skin layers will give robots a human like sense of touch. This step will provide the dramatic change to this technology, as per the new study published in the journal ACS Nano.

What is this Smart Skin?

Scientists have processed a self-powered, transparent smart skin. This smart skin will allow robots to touch and sense the objects around them. Researchers have developed smart skin to layer onto the robotic devices. To boost the senses scientists are depending on the number of electrodes, which depends on the size of the skin. This will increase the cost of making robots.

What is the skin made of and how it works?

Scientists from Peking University in China successfully created a smart skin out of ultra-thin plastic films and four electrodes made from silver nanowires. Other basic versions contain up to 36 electrodes. The important thing about it is, it will work without external power source.
In addition, one part harvests mechanical energy – for example, from the movement of a robotic hand’s fingers – and turns it into an electric current. Therefore, the skin would sense it without external power source. Scientists, at the end of the study, concluded that the skin was highly sensitive.
The skin could “feel” a honeybee as it flew towards and away from the device. It also showed electrical stability, maintaining the same level of output over 30,000 repetitions. 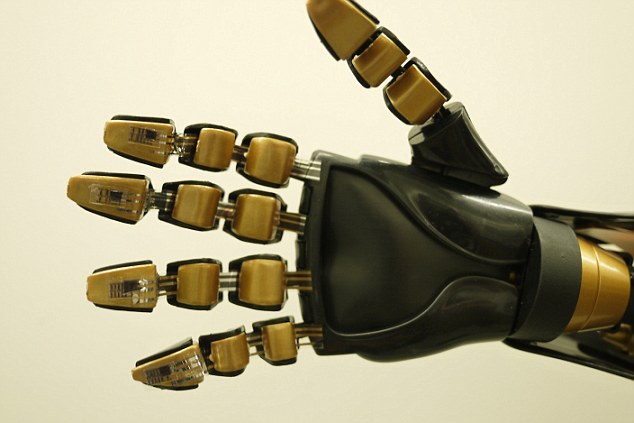 Robotic toys and tools are becoming increasingly popular in the world. Scientists around the world are making sophisticated robots that could one day serve as teachers for the young generation. One funny incident from the robotic world has drawn the attention of many. One robot toy was reacting on touching around what humans think of as intimate places arouses emotions in people, but these robots are not what you think; According to the researchers, the resulting feelings are mostly ones of discomfort.

After the new findings we can only imagine that how the world will operate after 10 or 20 years. At that time, robots will be able to fall in love. Everything looks possible after the study. Robots are already in the service industry and they will be covering every industry in near future.

The Smart skin will bring the dramatic change in the latest product of robots and we have moved one step closer towards bringing science fiction into science reality.

Binoy Wilson Started his career as a java developer in one of the reputed companies in Ahmedabad (Gujarat,India). He soon moved on to .net technology by Microsoft and is lucky enough to manage a small team of 7 members.
View all posts by Binoy Wilson(admin) →
« Appknox – mobile security app
NASA’s Potato Experiment »