“Understanding people is not a waste of time” are the words of none other than Mark Zuckerberg- the man who made social networking a “to-do” in most of our lives. A young computer professional from Harvard who co-founded Facebook and it definitely brought some changes in our social networking behavior – small or large. 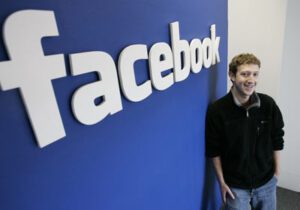 Born on May 14, 1984 in Dobbs Ferry, New York, Mark Zuckerberg – A Budding Internet Entrepreneur, Computer Programmer and a Philanthropist is known as co-founder of Facebook. Coming from a well to do family, father Edward ran dental practice and mother Karen worked as a psychiatrist.

Mark had keen interest in computers since he was about 12, he had also developed a program called “Zucknet” which his father used in his office and even the Zuckerberg family used it to communicate within the house. Mark had also developed some games out of fun with friends, this shows his aptitude and interest towards his domain since childhood.

At 12, Mark started taking graduate courses at nearby Mercy College owing to his deep interest in computers, and later joined Phillips Exeter Academy which is an exclusive preparatory school in New Hampshire.

Even though excelling in fencing & literature, Mark kept his heart with computers only, and kept on sharpening his developing skills. Mark created an early version of the music software Pandora called Synapse which even Microsoft showed interest to buy along with a hiring offer, Mark denied both. The self confidence and self reliance was the key!

Later he enrolled at Harvard and was quiet popular for developing various softwares, he made several softwares one of which was “CourseMatch” which helped his fellow mates in choosing courses and stuff. He had also developed a software Facemash which compared the pictures of two students on campus and allowed its users to vote for more attractive one .His three fellow mates namely Divya Narendra, and twins Cameron and Tyler Winklevoss sought him to work on the idea of social networking (they wanted to create a dating site for Harvard elite) he later dropped out to work on his own social networking site with his friends namely Dustin Moskovitz, Chris Hughes and Eduardo Saverin. They named their project as “The Facebook” in 2004 and by the end of 2004, Facebook had 1 million users, ahead history of Facebook is in itself a HISTORY. Later he dropped out of his college for making Facebook his fulltime activity.

Soon after it, The Facebook received a huge boost from the venture capital firm Accel Partners, who poured $12.7 million into the network.And by the end of 2005, Facebook had 5.5 million user, which started attracting huge companies like Yahoo! For advertisements but Mark did not emphasized much on them and kept on enhancing Facebook day by day.

Life was not so smooth for Mark, after he received claim from the creators of Harvard Connection that Mark stole their idea and claimed for their business losses. With apologies from Mark and  an initial settlement of $65 million was sought, but the dispute continued later too.

The above awards are just to name a few distinguished ones, the list is enormously long !

After Bill Gates, Warren Buffett and George Lucas, Mark signed the “Giving Pledge”, promising to donate at least 50 percent of his wealth to charity over the course of his lifetime. And also he keeps taking part in charity activities, one of them being in September 2010 donating $100 million to save the failing Newark Public Schools system in New Jersey.

There were several ups and downs kept coming his way, like case of getting blamed of stealing the idea but his contribution in changing our lives is remarkable, people changed their attitude towards Social Networking after Facebook came, its now no longer a kid’s past time, Social Marketing came up as a emerging boom.

Cheers to than man! The youngest billionaire!!

You are an inspiration for youth, Sir