History of java: explained by freefeast.info| Why java was initially named OAK 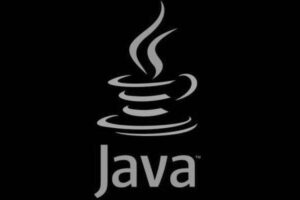 The history of java language dates way before 1991. Still the notable growth of java starts from this very year. A team led by James Goslings were working hard to find a language that would support the feature: PORTABILITY.

As an outcome of their efforts a language was created that would support the portability feature. This programming language was initially named “oak“. Why?

This name was given by Goslings from an oak tree which he could see standing outside his office through his window.

On May 23, 1995 Sun systems officially named it Java and released a browser that supported it named- Hot Java. This browser could run applets which were introduced to increase the interactivity of the user with the website.

Initially, the compiler for java was made using the C language. Later, in-order to prove that java was a full fledged language they rewrote the compiler in the  same java language.

Click here to read more on is .NET a clone of JAVA ??

Binoy Wilson Started his career as a java developer in one of the reputed companies in Ahmedabad (Gujarat,India). He soon moved on to .net technology by Microsoft and is lucky enough to manage a small team of 7 members.
View all posts by Binoy Wilson(admin) →
« Free feast brings PHP Online Quiz 1 | Free PHP Online Quiz 1
List of top 10 Spercomputers researched by freefeast.info »