LINQ is one of the components of Microsoft’s .NET Framework that provides technique for querying data that supports not only database but  XML and many other data sources.

This feature was introduced in VISUAL STUDIO 2008 which extending the powerful capabilities of querying with C# and Visual Basic and is compiled under .NET environment. 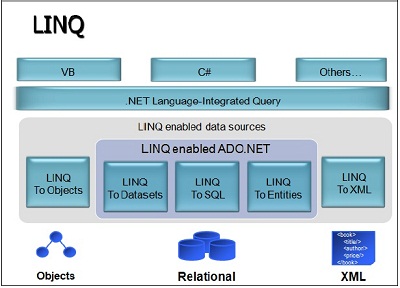 Binoy Wilson Started his career as a java developer in one of the reputed companies in Ahmedabad (Gujarat,India). He soon moved on to .net technology by Microsoft and is lucky enough to manage a small team of 7 members.
View all posts by Binoy Wilson(admin) →
« Operators in PHP | PHP Operators
Control Structures in PHP | Decision Making in PHP »