Let’s Take a Peak at the Very First Generation Computers

It may come as a surprise that the earliest computers were very different than the ones that we use today. The early computers emerged in the period after the Second World War, powerful machines that represented a leap forward, but were costly, generated a great deal of heat, and were so large that they could not be moved. These were the first generation computers, in operation from 1946 through 1959, and though they operated differently from our computers in many ways, they laid the ground work for the technological advancements that we associate with the modern computer.

What Are Computer Generations? 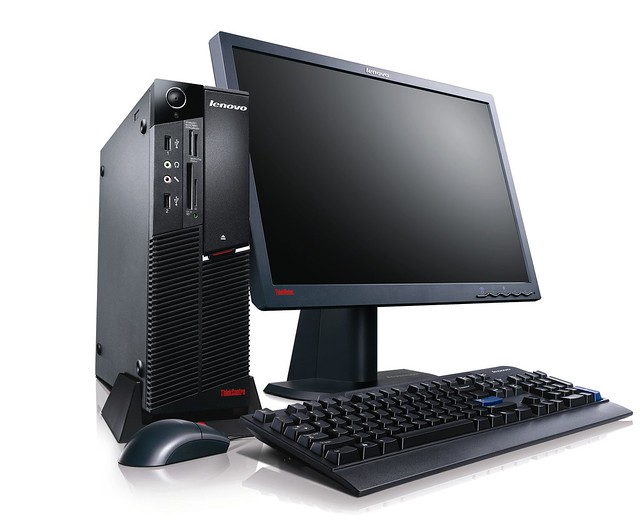 The computer is basically an input-output device. It is a type of electronic equipment that takes input from a user and produces an output using a set of computer directions, called a program. It may be easy to take for granted that the computer is really little more than a device taking input and producing output, but if we analyze the functions of a computer and what we use computers for, this does perfectly represent the functions and purpose of a computer.

The confusion about what computers are and what they do is in part a reflection of the increased complexity of computers. The computers of today are able to complete functions so complex that the basic idea of an input being followed by a process which then produces an output seems less obvious than it would have in first generation computers. When you use a word processing program, you use the computer keys to produce words that appear in the program due to the process by which the utility is able to interpret the actions of the keyboard.

This is just as true of other things that we use computers for. An action taken by you, the user, is processed and interpreted and this in turn produces an output. The process maybe so rapid and seamless, practically invisible, that we forget that there is a process. Even when playing a video game, the controls are interpreted by the game, and the underlying program, to produce a result, which may be that a character moves, an action is undertaken, or a change of some kind occurs.

The seamless nature of a computer’s process is a feature of modern computers, but first generation computers were very different. Computers of the present represent several generations’ worth of knowledge, experience on the part of computer builders, and technological advancements. These changes from one generation to the next have allowed computers to become smaller, faster, portable, and inexpensive. They produce less heat, operate on different types of programming languages, and have less wiring, cables, and other attributes that made early computers cumbersome.

It may come as a surprise to some that computers fall into generations. It is easy to take for granted that the processes of a computer can be easily visualized by operating systems like Windows, which allows us to engage in many activities at once and to see how fast, or how slow, our computer programs are running. Some of us may be old enough to remember DOS with its black screen, a system in which you had to tell the computer what to do, or at least which program to run.

As the list demonstrates, the different generations of computers represented advancements in the computer’s program, how the computers processed the input they received in order to produce an output, with the last two generations representing the advent of microprocessors. These allowed computers to be smaller and to produce less heat. As can be expected, advancements in computer technology did not end with fifth generation computers in 1980, but progression has represented steps forward from the introduction of the VLSI microprocessor.

What Are First Generation Computers?

Although there are several aspects of first generation computers that make them distinct from the computers that we know and love today, the mainstay of this initial generation of computers was the vacuum tube. Vacuum tubes are a hugely important invention. The simplest form, the diode, appeared in 1904. Controlling this current allows a number of electrical applications to be conducted, of which the computer is just one. This technology was also used in televisions up until recently. 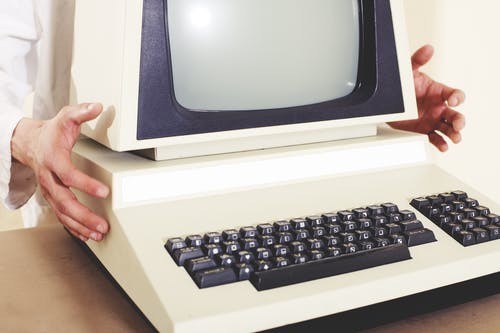 Vacuum tubes control the flow of current from one electrode to another in a high vacuum. The electrical current flows because of the difference in potential between the two electrodes. Computers operated using vacuum tube technology essentially until the 1960s when transistors became common, although the first transistor based computer appeared in 1959. This initiated the beginning of the non-vacuum tube-based computer, the second generation of computers.

The first generation of computers was based on the Colossus, digital computers that were used by British codebreakers in the early 1940s to perform complex operations, including interpreting ciphers. Computers of the first generation used vacuum tubes as switches. Much like electric light bulbs, the vacuum tubes generated heat. In the case of the vacuum tube it was because of the thermionic component of the technology. The hot filaments of the vacuum tube were prone to failure, which made the machines using them unreliable.

The primary concern with computers of this generation was the fear of vacuum tube failure, which was a definite concern as the ENIAC of 1946 had 17,000 tubes, offering ample opportunity for failure. But, fortunately for first generation computers, these machines failed once every two days, which was certainly manageable for the time. It took 15 minutes to locate a vacuum tube that failed. In spite of their limitations, first generation computers and their Colossus father accomplished complex tasks like code-breaking in ways that were unknown before.

Vacuum tubes, as touched on previously, were utilized by many other types of machines, not just first generation computers. Important technology that made use of the vacuum tube included:

A form of the vacuum tube called the cathode ray tube was used in televisions up until the beginning of the twenty-first century. The vacuum tube and its downsides pretty much mirrored the downsides of the computers that resulted from the use of the tube. Although computers of the first generation were able to complete very complicated tasks, as mentioned previously, a number of their features made them problematic. Some of the problems with first generation computers included:

Although these problems limited the use of these computers primarily to governments and research institutes, they also represented a launching point for future machines that would not have the same problems. One of the most important advancements that allowed the computers that we recognize today to form was the development of the semiconductor. This allowed the creation of devices that were cheaper, smaller, and less prone to failure than the vacuum tube.

Why Are First Generation Computers Important? 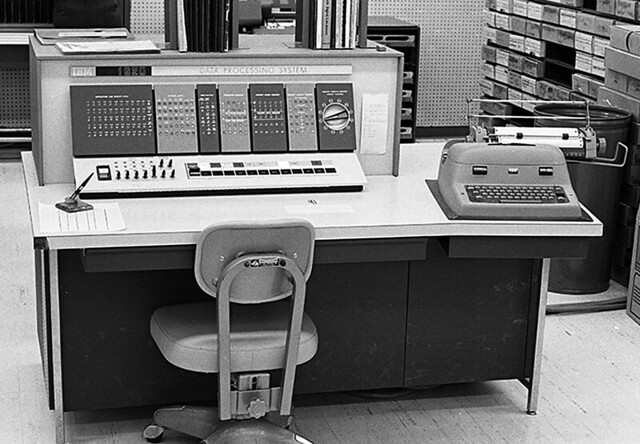 First generation computers are important for a number of reasons. We can recognize them as the early models of the digital computing device that allowed modern computers to take shape. Early computers were large, hot, expensive, and non-portable. That inspired inventors to create machines that would not overheat (requiring operating units other than the vacuum tube), were fast, could be transported, and cost less.

Aside from that, the early computers also served a number of important functions in code-breaking, allowing the U.S., Britain, and other Allied nations to maintain their efforts both during and after the war.

Computers are a feature of modern life so ubiquitous that it is difficult to imagine how our lives would be if we did not have them. The development of computers has allowed the development of a world that is fast-paced, efficient, and constantly changing. Calculations that would have taken many minds days or months to undertake can be done in matter of seconds. This is all thanks to the first generation computers, who paved the way for modern computers in their own unique fashion.

Binoy Wilson Started his career as a java developer in one of the reputed companies in Ahmedabad (Gujarat,India). He soon moved on to .net technology by Microsoft and is lucky enough to manage a small team of 7 members.
View all posts by Binoy Wilson(admin) →
« Top 5 Fastest and Best ADSL Modems Today
How to Fix Http Error 500 »