5 differences between risc vs cisc that should know about 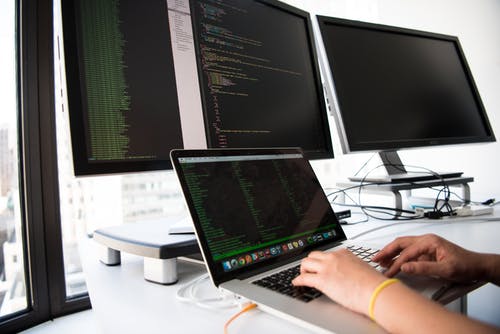 The performance of a processor can be expressed in the time it takes to run a programme. This is determined by how many instructions are in a programme, how many cycles are in each instruction, and how much time is required for each cycle.

However, optimizing computer performance by balancing time, cycles, and instructions is only part of the picture. Different microprocessor architectures place different demands on RAM and compiler technology. They also have different costs to the consumer, and the acceptance in the commercial world is not always quick to change. Comparing RISC vs CISC is anything but straightforward.

Quick Navigation
What Is RISC?
What Is CISC?
5 Differences: RISC vs CISC
​Conclusion 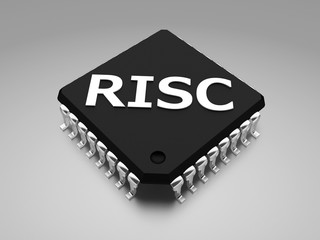 RISC stands for Reduced Instruction Set Computer. It is a type of microprocessor architecture that only uses simple instructions that are most frequently used in programs. It implements less common, more complex instructions using subroutines, or simpler instructions. RISC microprocessors use pipelining to allow the various stages of the instructions to be processed simultaneously and thus more efficiently. 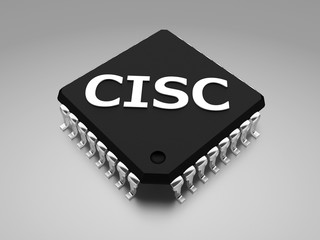 CISC stands for Complex Instruction Set Computer. It is a type of microprocessor architecture that contains a large set of computer instructions and commands, from simple to complex. Some of these instructions may only be used rarely in programs. CISC is actually the predecessor of RISC; the terms were only coined when RISC was developed to differentiate between the two. Because RISC came second, CISC tends to be used as a catch-all term for any microprocessor design that is not RISC. 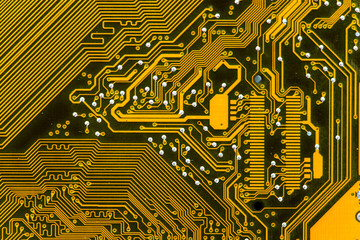 There are many differences between RISC and CISC microprocessor architectures.  Here the five most important ones are described.

RISC microprocessors have fewer instructions built into their physical structures. These instructions are simple and general and used commonly in programmes. More complex instructions must be broken down into sub-routines, also called microinstructions, which are simply more, but simpler instructions.

This is the fundamental difference between RISC vs CISC microprocessors. It is the determining factor for all the other differences between these two types of microprocessor architectures.

The simple instructions found in RISC microprocessors mean that each instruction is generally performed in one clock cycle. Complex instructions must be broken down into subroutines, or smaller instructions. This means that the number of instructions per program is much greater.

CISC, on the other hand, makes use of built-in complex instructions. These instructions have more cycles within in them (anywhere from 2 to 10 or more), and so different instructions will take variable amounts of time depending on the number of cycles required. However, this minimizes the number of instructions per program.

RISC uses a load/store architecture, which uses a specific instruction to load data from memory to a register, and later a separate instruction to store data, moving it from a register to the computer’s memory.

CISC uses a register-memory architecture, where one operand may be in memory, while the other in a register. It operates directly on the computer memory banks without specific code to load or store functions. The processor erases the registers after each instruction is completed.

Although the CISC approach seems more streamlined, separating the loading and storing of data in the RISC strategy may actually reduce the amount of work the computer has to do. When an operand is needed for another calculation, CISC must re-load the value into the register (since the register is erased after each instruction), whereas RISC can leave a value in a register to be used again without having to store it in memory and then re-load it.

Furthermore, the simpler design of RISC microprocessors means the size of the register can be increased, which is of use when pipelining many instructions at once.

When comparing RISC vs CISC microprocessors, RISC microprocessors have bigger programs. Complex instructions must be broken down into multiple small instructions, so RISC computers require more lines of code. This also means that more RAM is needed to store the instructions, and the compiler software must do more work to break down high-level language into code. However, operating system and application programmers who use the microprocessor’s instructions will have a smaller instruction set to work with, which may make it easier for them to develop code.

CISC computers, on the other hand, have small programs. They require less code because each of the unique instructions contains multiple steps. It is unnecessary to spell out everything in more complex code because the microprocessor hardware itself is capable of understanding a single instruction as a series of operations. This means that the compiler has less work to do to convert a high-level programming language into the code, and less RAM is needed to store the instructions.

RISC instructions, by comparison, are simpler and do not involve multiple steps.  This means that instructions and code can be streamlined more easily by the programmer to remove inefficiencies and unnecessary code. The simplicity leads to more flexibility in this sense.

5. Emphasis On Hardware Vs Software

The emphasis on hardware vs software in the RISC vs CISC comparison presents an important summary of the differences between the two.

In RISC, the emphasis is on the software. There is more demand on the compiler software to convert high-level programming language into the detailed code required, and more lines of code are needed to carry out complex instructions. Although the demand placed on the compiler software by RISC microprocessors may be considered a drawback, advancements in compilers produce the code from higher-level language more efficiently than before.

Indeed, RISC is sometimes said to stand for ‘Relegate Interesting Stuff to the Compiler,’ referring to the fact that the hardware has a small set of simple instructions, and the complex instructions must be broken down by the compiler.

In the past, computers used CISC based microprocessors. Only more recently was RISC based processing developed, and the two terms were coined. The dramatic reduction of the cost of RAM and improved compiler technology means that RISC architecture, and its focus on software vs. hardware, has found its place in the market. RISC microprocessors are used across many platforms, from cell phones to tablets to supercomputers. In general, speed is higher, and power consumption is lower in RISC vs CISC.

As advances continue, pitting RISC vs CISC against each other is no longer so simple.

Binoy Wilson Started his career as a java developer in one of the reputed companies in Ahmedabad (Gujarat,India). He soon moved on to .net technology by Microsoft and is lucky enough to manage a small team of 7 members.
View all posts by Binoy Wilson(admin) →
« Coding for Beginners: Everything You Need to Start Today
SQL 101 – Difference Between DBMS and RDBMS »