Windows 10 was officially announced on 30th September 2014 having codename Threshold. His technical preview has been released on 1st October 2014, but the product will be released in late 2015. 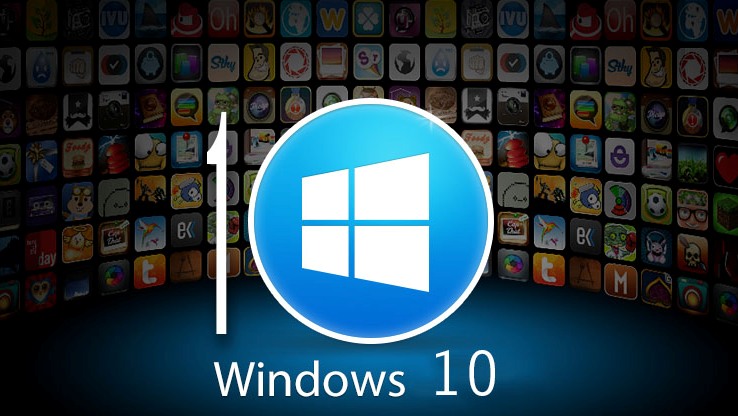 After Windows 8. WIndows 9 has been skipped and Windows 10 is to be launched. This next version of Windows OS is simplified from three OS to one single & unified platform for the screens of all sizes like PCs, laptops, tablets and smartphones, all in one devices. A common architecture will merge all Windows, Windows Phone & other Windows devices.  Windows 10 is the “most comprehensive” platform ever.

Start Menu :  Start menu is back with this new OS. By discontinuing Windows 8, Microsoft continues to traditional start menu with search bar and more improvements like you can personalize your favorite programs, websites or apps in the space given with start menu in the form of tiles. For the fast access you can pin programs/apps , etc in the start menu. 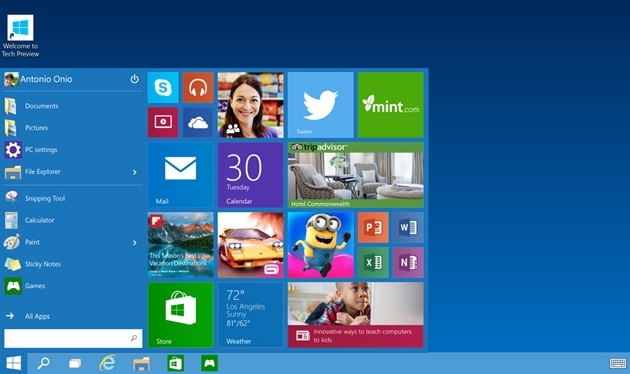 Quadrant layout : Snap Improvements : With this new quadrant layout, on the same screen, user can have upto four apps. Makes working on  multiple apps at once easier. It fills available screen space with the open/running apps. It also suggest to fill the remaining space when you snap any program or app.

Multiple desktop :  Keep your things more managed and organized by allowing you to create multiple desktop. For different purposes you can create virtual desktop whether for personal use or work or both. You can also easily switch between desktops and start from where you have left in that desktop. This will give one click access to the all running application & programs. It shows all open windows & desktops. 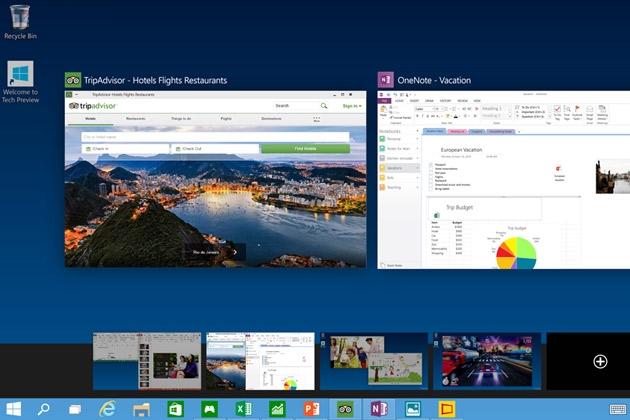 All app Run in Windows : Desktop user can open apps of windows store with the same format of desktop programs which can be easily moved & Resized and these apps comes with tile bar so it can be maximized, minimized and closed.

Universal Search: Start menu also has a universal search box that not only search your files, setting or apps but also offers you web result i.e. by this search box you find on web as well its like local search + Web result.

Command Prompt : In windows 10, command prompt has been updated i.e. it will have support of keyboard shortcuts of copy and paste. You can use Ctrl+C (Copy) and Ctrl+V (Paste) commands in windows 10 command prompt.

Enterprise Features: As windows 10 is greatest platform ever as it includes customized store , provides protection for corporate / private data , easy manageability . Windows 10 Administrators/ users can use Mobile management for all devices. 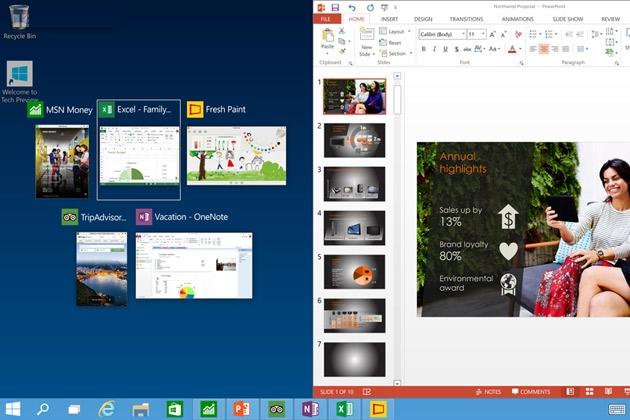 Continuum : A common architecture is there for all window devices including Windows PC, tablets, SmartPhones & other Windows devices two in one . Windows 10 comes with the feature called continuum which detects when you remove keyboard from two in one devices and switches to the touch enabled UI with bigger tiles.

Stay Tuned…There is much more to come….