The foundation of any achievement should not be beautiful, but strong!

Today computer language independent programming and debugging are one of the most needed, used, popular and the basic stuff in I.T Field, yes these stuff is helpful like anything to any programmer.
But where does these stuff originated from ?
Yes today we are talking about Grace Hopper : A powerful & intelligent lady who was an American computer scientist & United States Navy officer. 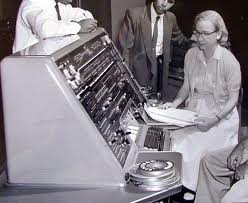 Birth of Grace Hopper | Education of Grace Hopper
Grace was born on 9th December 1906 in NewYork City. Grace was an intelligent student since her very childhood, Especially in Mathematics. Grace attended Hartridge School in New Jersey and further she attended Phi Beta Kappa from Vassar in 1928 betting a bachelor’s degree in mathematics and physics. Grace attended Master’s degree course at Yale University in 1930.
1934 Grace secured a Ph.D in Mathematics from same University.

Her Maiden name is Grace Brewster Murray and considering her rank in Navy she is also known as Amazing Grace. Grace married Prof. Vincent Foster Hopper in 1930 and got divorced in 1945, she then continued to use the surname of her ex-husband. 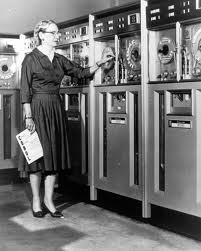 In 1959, Grace Hopper served as the technical consultant to the committee of technical experts in an event called as CODASYL. Hopper always believed that computer Programs should be written in Close to English Language rather than writing in machine language, her this idea took the shape of COBOL, which was the first modern programming language which eased the work of lot of programmers. She is popularly known for developing the Compiler for COBOL Language. National Institute of Standards and Technology is the result of thought of Grace which she indicated raising the issue of conformance to standards.

Grace Hopper Navy
For a decade 1967-1977, Grace served as Programming Languages Group in the Navy’s Office of Information Systems Planning as the director and as a captain from 1973.

She then worked in various capacities during the time, and was called for active-duty multiple times, she voluntarily took retirement on August 14 1986.
She also served Digital Equipment Corporation, as a Senior Consultant, this position was retained by her until her death in 1992.

Grace got many honors during her lifetime and afterwards, to name a few are :

She was a Army Official, A Pioneer Computer Scientist, A Mathematician, A Consultant, A Motivator and lot more, her contribution shaped the future of I.T Industry and saved crores and crores of mechanical labor hours of programmers interactive with computers in assembly language. 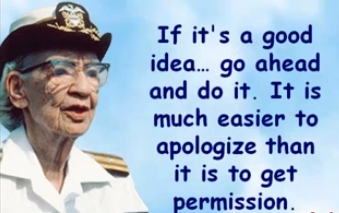 She was a strong lady, A inspiring pioneer to be saluted, respected and honored!
Many Women Computer Literacy Programs are run even today across the globe in her name.

Madam, Your Life shall keep inspiring us always! You were truly Amazing!