Michael Dell is a business tycoon of America, author and philanthropist too.

Michael is well known as founder, CEO & Chairman of “DELL Inc.”; one of leading & Largest PC (Personal Computers) sellers in the world. 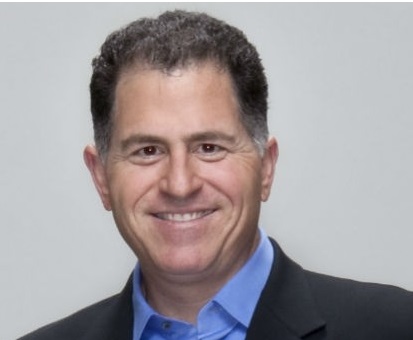 He completed his schooling in Houston , Texas from ‘Herod Elementary School’ and completed his high school from ‘Memorial High School’, Houston.

Michael Dell started hard work from his childhood i.e. at the age of 12, he worked as a dish washer in Chinese restaurant and sold subscriptions to ‘Houston Post’.

With his hard work and great ability, he earned $18,000 in the single year when he was high school student.

Then he joined ‘University of Texas’ at Austin but he dropped out.

At University of Texas, he started his business informally by building & selling PCs to customers directly.

In 1984, Dell made registration of his company with the name “PC’s Limited”.

In may 1984 he incorporated company as the “Dell Computer Corporation” at Austin, Texas in US.

Dell might never thought that the company he established will touch the heights of success as DELL is the 3rd largest PC Vendor in the world that not only manufacture and sells but repairs and provides related services and products.

In 1992, Company led by the youngest CEO i.e. Dell was included in the Fortune Magazine’s list of top 5oo largest companies of world.

In 1996, the company started selling of computers on the web.

In 1999, Dell and His wife (Susan) founded “Michael and Susan Dell Foundation”.

Personal of Michael Dell :
Michael’s father ‘Alexander Dell’ was a orthodontist and mother ‘Lorraine Charlotte’ was a stock-broker.

On 28th October 1989, Dell got married to ‘Susan Lynn Lieberman’ and they have four children. 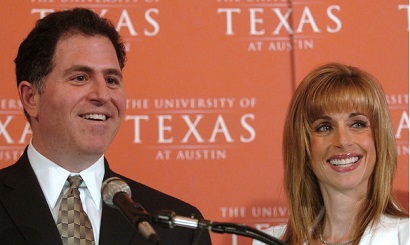 Achievements of Michael Dell :
University of Limerick honored him with doctorate in the ‘Economic Science’ in 2002.

At the very young age, he started working and as the very youngest CEO, he led to company in the top 500 world’s largest company according to Fortune Magazine.

Dell has also written a book on his journey of establishing company and all ups and downs he faced. The book title was “Direct from Dell: Strategies That Revolutionized an Industry”.

Sir, we wish you success in your life.
Thanking You
Freefeast.info