The Evolution of Logo : Apple Inc.

When company was established,  the name was “Apple Computer, Inc.” and upto 30 years having this name but in 2007  ‘Computer’ was removed from company name and from then till today the name is “Apple Inc.”

Why name Apple ??
Jobs wanted a name which comes first in alphabetically in order then Atari : one of his competitor company.
It is also said that one day Steve jobs was on fruitarian diet and while coming back from an apple farm he got an idea of this name.

But why Bite is there in an Apple Logo??
Some says that there is a bite in an apple to differentiate it from a cherry or a tomato or another fruit.
One of the reason is that to tribute to ‘Father of Computer Science’  i.e. Alan Turing because he has committed suicide in jail using a apple laced with cyanide.

First Logo of an Apple 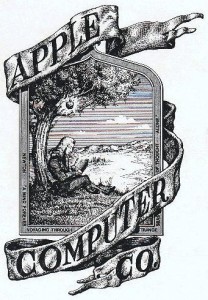 In the first logo of Apple, “Sir Isaac Newton sitting under an apple tree“.

It has the incription ” Newton… A Mind Forever Voyaging Through Strange Seas of Thought … Alone”.

First Slogan of Apple : “Byte into an Apple“.

First Product of Apple : “Apple I“. 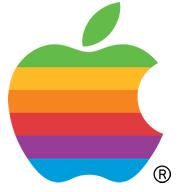 Duration of this logo was from 1976 to 1998. The Colored stripes in the logo represents the fact that new products will be available in color not in just black and white at that time.

In 1997, when Steve Jobs return to Apple he replaced Colorful strips of rainbow Apple into monochromatic look in various themes like.. 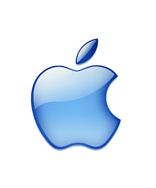 In 2003, Glass themed look of Apple Logo : This is Latest and perfectly suits on each product of Apple. 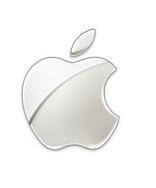