Is .NET a clone of JAVA?

I have seen this question arise a lot in the discussion which often turns into battle field for the developer community. Many believe that .net is a clone of Java. May be the reason is CLR which is an ambitious runtime till date by Microsoft. CLR executes code and is also responsible for the code verification, optimization and object management. 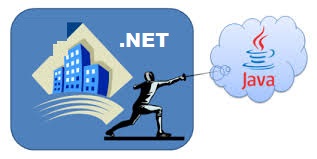 all can agree to the point that .NET and JAVA are both a lot similar in key aspects.

Both use a specially managed environment. JAVA has a JVM (Java Virtual Machine) whereas .NET has its ambitious and similar looking CLR (Common Language Runtime).

Both have a set of rich class libraries which provides developers with all the rich functionalities. 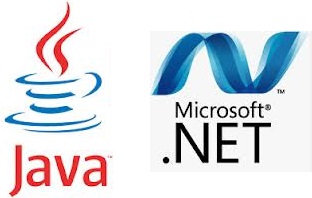 Someone has very rightly said “There is always room for improvement”. History tells us that the IT community has been following this golden rule. Every programming language steals from an already existing programming language and then adds some additional improved features of itself.

Even the much worshiped JAVA language had many concepts which were adopted from the famous c/c++ language initially and still was easily distinguishable from the languages it had adopted a lot.

Similarly .NET is distinguishable as well from JAVA. So why to make a fuss of this thing?
Do comment, It means a lot to us. 🙂

Binoy Wilson Started his career as a java developer in one of the reputed companies in Ahmedabad (Gujarat,India). He soon moved on to .net technology by Microsoft and is lucky enough to manage a small team of 7 members.
View all posts by Binoy Wilson(admin) →
« Difference between Array and Linked List | Array vs. Linked List
Jeff Bezos | Life of Jeff Bezos »