BioBots: 3D Printing That Could Save Your Life

One company that is claiming it’s piece of the multi-billion dollar 3D printing industry is BioBots. A business started by two recent University of Pennsylvania Computer Science and Biology Graduates. Forbes Magazine has said the industry peaked at over $3 Billion of revenue worldwide in 2013, with expectations of reaching over $20 Billion by 2020. BioBots has created desktop sized 3D printers that combine 3D printing, (also known as additive manufacturing technology) with hard science; the result is a printer capable of creating three dimensional living objects. 3D printing is one of the most talked about technological revelations of the decade, with applications ranging from creative pursuits, to possible life saving ventures. 3D printing involves inputting the design of the intended product into a file, either by computer aided drafting (CAD), or by scanning an image into a file. The modeling program in the printer then deconstructs the 3D image into horizontal layers, and using a variety of methods depending on the model being created, prints an object in three dimensions. 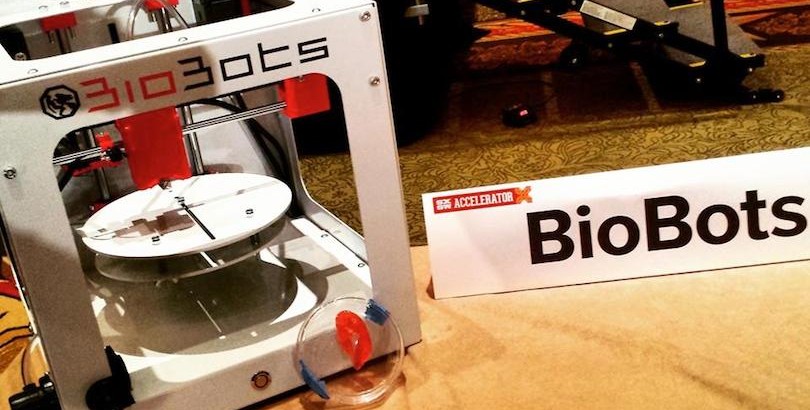 The Application of 3D printing:

The application of printing living cells has many ecstatic about future possibilities, including the creation of viable organs for human transplant. Currently the Star Trek like technology has not reached this exciting benchmark, though BioBots may have advanced the timeline for practical medical applications in 3D printing. By using a special ink, combined with living cellular material, BioBots printers are able to produce living replicas of organs, bones, and recently even an ear. The companies focus as of now lies in the pharmaceutical industry and other industries that require testing on living subjects. With this testing having been historically performed on animals such as mice, there is no denying that BioBots printers could be a game changer in this arena.

The Potential of 3D printing:

When a new drug goes through clinical testing for FDA approval, it is common for years of testing to be conducted on animals before the drug ever enters a human body. This can be problematic for the simple reason that animals are not human beings, their genetic structure isn’t the same. With this technology drug testers will be able to use replicated human tissue and organs of the exact genetic makeup that the drug is intended to treat for testing. This will not only prove to be more efficient time wise, it could also be considerably more reliable in predicting results that will be seen in human patients treated with the drug.

The Approach of 3D printing:

BioBot’s printer design and intended use is the companies approach towards research and development. While most companies producing similar technologies spend years, and hundreds of thousands, if not millions of dollars during these early phases, BioBots has found a way to cut time and costs. This type of an approach could have BioBot’s printers in labs throughout the world in very little time. The novel research and development approach revolves around partnerships with pharmaceutical companies world wide, specifically in parts of the world where animal testing has been made illegal. With an initial price tag of only $5000, the risk to the buyer is minimal and encourages a purchase. Many of the companies who have purchased the BioBot’s 3D printers, now work directly with the team at BioBot’s to improve the machine by providing valuable feedback on how it performs, and where improvements are needed. These partnerships have proved to be critical to the companies current and future success, in that BioBot’s resources can be consolidated where they are most effective. The potential for future applications of biological additive manufacturing are infinite as they are exciting. Eliminating animals in the use of pharmaceutical and cosmetic testing, replicating viable organs for transplant, and even the design of individual genetic treatments for a range of afflictions are all part of the discussion.

Binoy Wilson Started his career as a java developer in one of the reputed companies in Ahmedabad (Gujarat,India). He soon moved on to .net technology by Microsoft and is lucky enough to manage a small team of 7 members.
View all posts by Binoy Wilson(admin) →
« Continuum: Microsoft Vision Of A True Pocket PC
A parcel-copter facility uniquely designed by AMAZON will deliver Americans to a complete sluggishness »