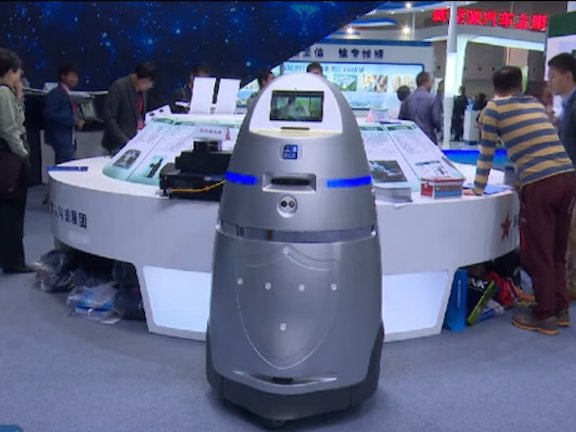 What can robots do? Yes, we have heard that they can serve and they are official employees in some of the restaurants. Recently we have heard that scientists have developed a skin for the robot, o that they can feel the touch just like humans. In future, it is possible that your new boss will be a robot. Robots have started doing all kinds of jobs even the ones which only humans used to do. The latest news in China is that robots will do the duty of a police officer.

Now, Chinese people have one more reason not to shout on the street during a protest. The Chinese government has made an innovative use of the robot.

China has made a 1.5m-tall police robot that’s focused on keeping rioters under control by giving them electric shock.

The robot named “AnBot” can run with the speed of 18 kilometers per hour and has been designed to help the police in patrolling the streets.

The Chinese newspaper ‘People’ reported that the robot was created by the ominously sounding National Defense University and will play an important role in enhancing the country’s anti-terrorism and anti-riot measures.

The newspaper further reported that the controllers of the robot can choose to remotely place its “electrically charged riot control tool” if the protesters are getting into too many violent activities. 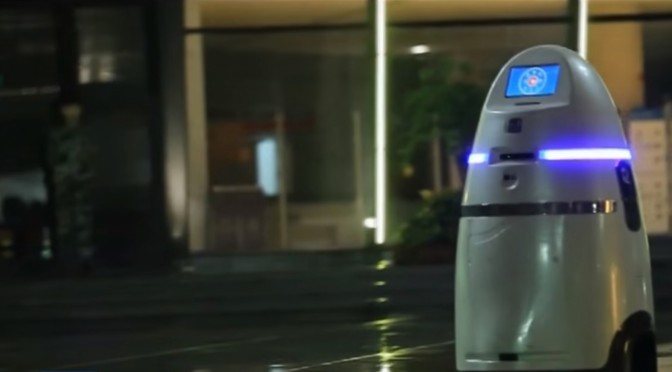 What riot control robot can do

Apart from its main object of conquering the crowd, the robot also has an S.O.S button on it’s body, so that anyone from the public can use the button to alert the police about the problem.

The robots have sensors on the body, they work to capture the audio and the video on the ground and work as eyes and ears of the AnBot. AnBot can patrol up to eight hours on a single charge. It can be controlled with the remote and also work autonomously.

The new robot was launched at the public at the Chongqing Hi-Tech trade show in southwest China. Its not revealed that how many numbers of robots the university has made and so there is no information about the robot’s launch on the streets.

Before using them in police squad, China has also made robots to serve in the restaurants and also have fired them due to bad service. Robots in the restaurants found it difficult to serve soups and drinks and service of spilling soups and drinks were not appreciated by the Chinese diners. So, the robots got fired and humans were back into the business and the plan for dominating one industry, has been destroyed, at least for the moment. 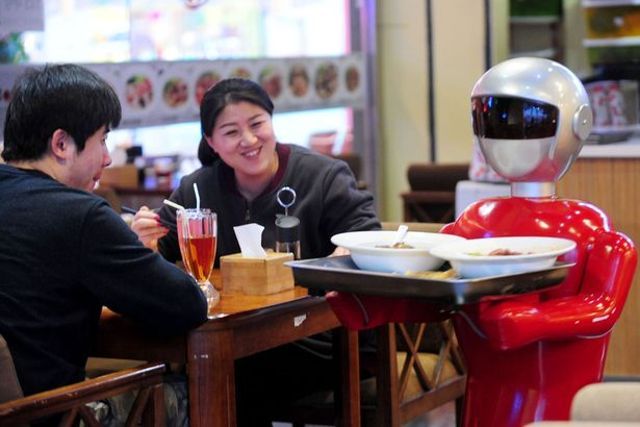 One of the employees of the restaurant said, “The robots weren’t able to carry soup or other food steady and they would frequently break down. The boss has decided never to use them again.”

Another study claimed that in near future human species is at the risk of getting destroyed by the robots in nearer future, just as in the movie Terminator.

The new report named ‘Global Catastrophic Risks’, was compiled by Oxford University, the Global Challenges Foundation, and the Global Priorities Project.The report has identified top factors which can destroy human species and get killed in mass by Artificial intelligence (A.I.) is one of them.

We can see the connection between the new study and the new police robot. The robot has now power to harm humans and in future anything can happen if the robot loses its control.

Binoy Wilson Started his career as a java developer in one of the reputed companies in Ahmedabad (Gujarat,India). He soon moved on to .net technology by Microsoft and is lucky enough to manage a small team of 7 members.
View all posts by Binoy Wilson(admin) →
« Slack: Be less busy
Shyp- It brings the delivery guy to you »