Among the most influential personalities in computing comes a name Edgar F. Codd or Edgar Frank “Ted” Codd. He was the man who invented the theoretical model for relational databases. It was his invention because of which we have relational model for database management today. He gave a simple way of storing and retrieving data via rows and columns in a table. This contribution was revolutionary to computing world as it separates data from computing as well as from the application. Though he has contributed to computer science in a number of other ways too, but invention of relational model remains his most influential and stated achievement. He was working with IBM when he made this remarkable invention. 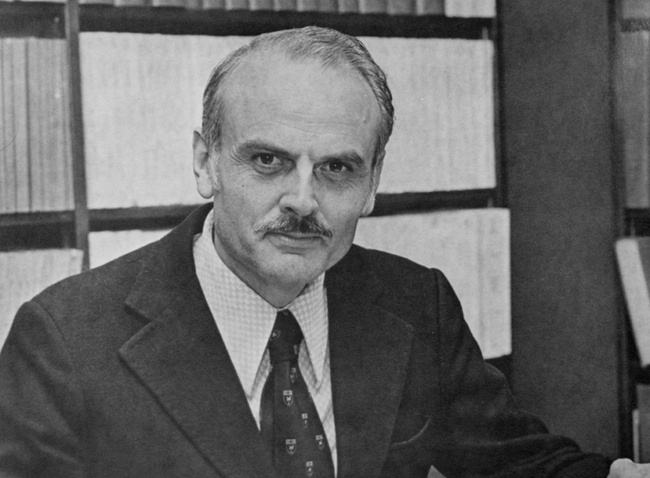 Codd was born on 19th August 2013 in England. He moved to New York in 1948 and started his work with IBM as a mathematical programmer. In 1953, Codd left New York and quit his work at IBM as he was angered by the Senator and moved to Canada. He then took charge of the data processing department of Computing Devices of Canada Limited. In 1957, he again returned back to the USA after having met by chance with his IBM manager and once again he became a part of IBM. He then led a team for designing of STRETCH (which was IBM 7030) and for developing world’s first multiprogramming system. In 1961, IBM gave him a scholarship based on which he joined the University of Michigan, Ann Harbor and did MSc. and PhD in communication sciences. In his thesis, he extended the work of von Neumann and showed a model of self-replication in cellular automata. His design was not implemented until 2010.

Invention of Relational model of data

Having started focusing on issues related to database after returning to IBM Poughkeepsie, Todd got transferred to IBM Research Laboratory in California in 1968 where he applied his understanding of  mathematical logic to provide a solution for the then existing problem of complexity of database products. At that time the database products that were available could only be used by highly skilled people. Codd then invented the relational model of data for which the world will always remember him. Today almost all databases that are in use or that are being developed are somewhere based on the ideas provided by Codd. Be it a use of credit card, ATM machine, online airline ticket booking, everything relies on the revolutionary invention by Codd.

Codd continued to further explore and explain his invention in many research papers. He remained extremely helpful to whoever approached him and took a lot of interest in elaborating his ideas. As the relational model was the first abstract model for database, Codd had actually invented the whole data model concept by inventing the relational model. 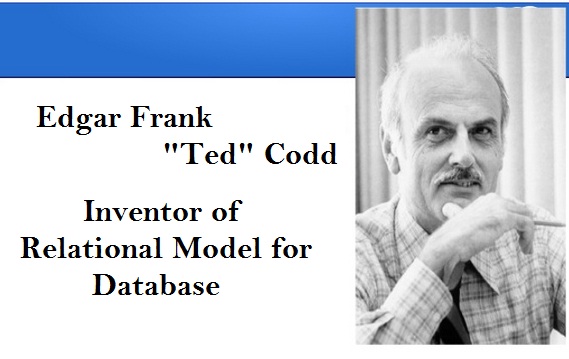 Codd received the Turing Award in 1981.

Since IBM did not responded well to Codd’s relational model ideas, other vendors like Relational Software Inc. (Oracle, today) launched their products before IBM released SQL/DS and DB2. Codd believed that these products did not provide relational support well and hence left IBM in 1984. He then formed two companies in 1985 – The Relational Institute and Codd & Date Consulting Group with his colleagues Sharon Weinberg and Chris Date.

Throughout his life, Codd kept encouraging vendors to develop products that are fully relational and he also took the step to educate users, vendors and organizations about the need of the services provided by a relational product. He also coined the term OLAP (On-Line Analytical Processing). He died on 18th April 2013. To honor him, SIGMOD changed the name of its highest prize to SIGMOD Edgar F. Codd Innovations Award.