Since Marissa Mayer joined the Yahoo! company as CEO , lots of changes are done in Yahoo! like Front page of Yahoo!, email, flicker Tumbler and now the new logo of Yahoo!.

This multinational company Yahoo! Inc. was founded in 1994 by Jerry Yang & David Filo.

In early 1994, they built a website with name “David and Jerry’s Guide to the World Wide Web” and later it was changed to Yahoo! (Acronym : Yet Another Hierarchical Officious Oracle”).You can also read what is the Idea Behind Naming YAHOO .

The first logo of Yahoo! Was designed in 1995 with the red color with shadow and black outline.

In 2009 theme was changed from red to purple without shadow or outline.

Sometime logo of Yahoo is abbreviated as “Y!”.

On the 5th September 2013, new logo of yahoo unveiled and what remain same in that is iconic exclamation mark and  the purple color. Before launching the final logo of Yahoo,  “30 Days of Change” named campaign was launched in which everyday new logo of yahoo with some variation was published. 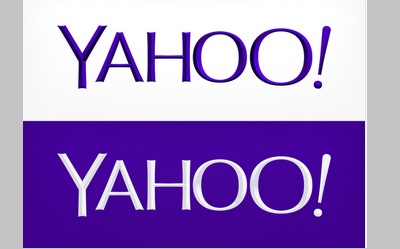 Marissa Mayer said that new logo is redesigned and looks modern & fresh and by that they stayed true to the roots and yet it is more sophisticated. Ms.Mayer also wrote. “Having a human touch, personal. Proud.”

Assistant Professor in Master of Computer Application (MCA)
View all posts by Poonam Dhanvani →
« Why You Should Go For PHP | PHP Tutorials
Introduction to Jquery: A framework made in heaven ;) »