Home » Personality Motivation » You are reading »

Signature Analysis : Your Signature Says it All

Understanding the personality of a person by his/her Signature.

Well, before coming to analysis part, starting with the definition of Signature:

A Signature is a textual and symbolic form of representation of one’s name. It is unique from person to person.

This Signature is not just limited to delegating authority or certifying documents, but it reveals personality traits of a person. Signature Analysis now has gained much importance with coming time and is also being used to analyze the personality of Job Seeker or Admission Seeker or it is also done as an independent study.

The bonus from analyzing Signature is that if one doesn’t like the type which you are; one can change it by changing one’s Signature.

When the letters like g, y etc extend downwards and form sharp angle, it reflects aggression, it is not always negative, it is sometimes extremely necessary, and hence it depends on the perceiver that how he/she perceives this aggression. 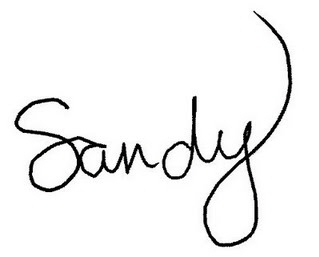 When any one character of one’s signature (generally the last character) is tailed much larger than all others, it is analysed as the person signing it wants to get noticed, of course with diplomacy!

When in the Signature, the downward slopes are made at a stretch or without fading or curving, is the believed that one who has signed t is Assertive in nature.

When in Signature the person makes a simple short line, it generally shows self reliance and simplicity, however more the slants and curves more the person is believed to be demanding attention.

On the same fronts, the curvy line shows the pleasing character of the person whose signature is being analyzed.

Regarding the size of Signature, it is forecasted that, larger the size of person, more outgoing is the person.

Regarding the slant of Signature, it is perceived that if the signature is upward slanting, than it shows ambitious nature and steady the Signature, it shows balanced approached to life.

Lastly, Usage of dots exhibits the person’s willingness to be forcefully known, which is taken as a negative note, & should be avoided.

** All above synopsis is the known perceived observations in the field of Signature Analysis; it may / may not be discrete varying from person to person. The Author simply wants to introduce about the subject and any more detailed clarifications (if needed) should be sought from professional signature Analysts.